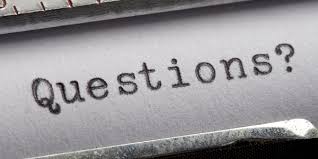 Want to help your friends keep their New Year’s resolutions?

This is Sandra Tsing Loh with the Loh Down on Science, saying: Do like they do on Jeopardy! Ask questions!

When you ask someone about behavior, you help bring that behavior about. So say researchers at Washington State University, the University of California Irvine, and elsewhere. Thus, when you pose the question, “Are you going to recycle?” you’re planting the germ of an idea, making it more likely they will.
It’s called the question-behavior effect. Scientists have studied it for decades. The researchers reviewed more than 100 studies of the phenomenon to figure out how it works. Don’t you want to know more?

It works best for behaviors that society applauds, say the scientists. Like eating vegetables. Or volunteering. It’s also persuasive in retail settings. Uh oh. Beware of questions at the Apple store!

They also found that yes-or-no questions work best, as does avoiding a specific time frame. So “Will you exercise?” is more effective than “See you at Jazzercise tomorrow!”

Who knew it was so easy to sway others? Now, aren’t you going to send in your public-radio pledge?