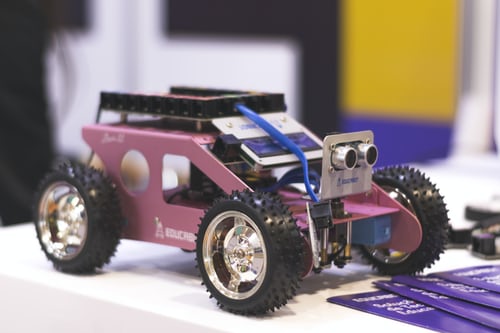 I’m a SUPER-safe driver! But those OTHER guys…!

Driving to work – it’s like a game of Grand Theft Auto! It’s scary how dangerously people drive. Would ROBOTS make the commute safer?

Michael Nees from Lafayette College wanted to find out! Five-hundred people were asked how safely robo-cars should be driving before they hit the road.

Woah, high standards! People want self-driving cars to drive as safely as the top ONE PERCENT of human drivers! The perceived risk of robo-cars is MUCH higher than that of a human driver.

Current self-driving cars rely on a human to monitor their driving. But when they do become completely independent, “better-than-average” is NOT good enough. We don’t only want to BE safe. We want to FEEL safe, too!

Your robot driver won’t need a seat belt. But you certainly do!