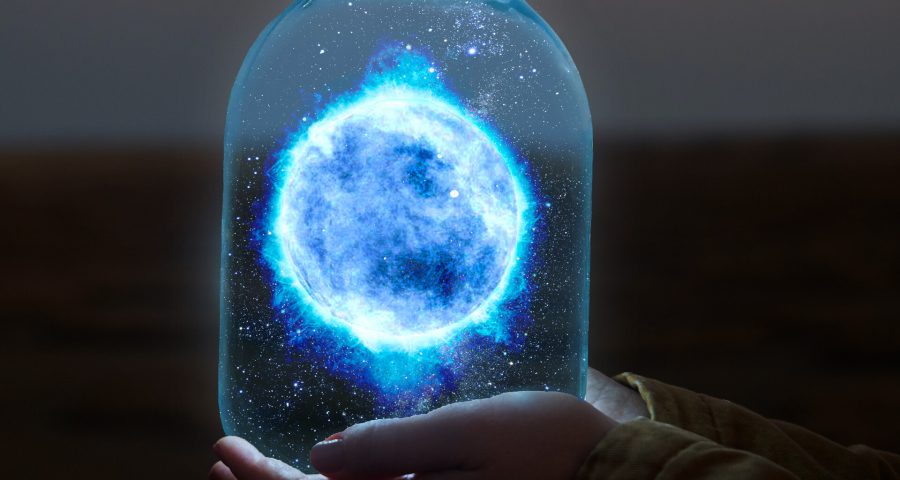 Catch a falling star and put it in a….bottle?

Among the stars in the sky, Tabby’s Star is a real puzzle. Since it was discovered in twenty-fifteen, astronomers have noticed that it randomly dims — by as much as twenty-two percent! Could this be the work of ALIENS?

It COULD be evidence of a theoretical alien technology called a Dyson sphere. Imagine, a giant spherical solar panel completely enclosing a star. It was proposed that aliens might have built one to capture HUGE amounts of energy.

If the sphere was built close enough to the star, it would glow white hot from the heat. Intense starlight pushing on its surface would create vibrations and deformations. These would cause random fluctuations in the brightness, similar to Tabby’s Star.

This doesn’t necessarily mean that Tabby’s Star IS a Dyson Sphere. But the math checks out!

We’ve got ships in bottles! Aliens could have a stars in bottles! What’s next? A universe in a bubble!? Wait a second…