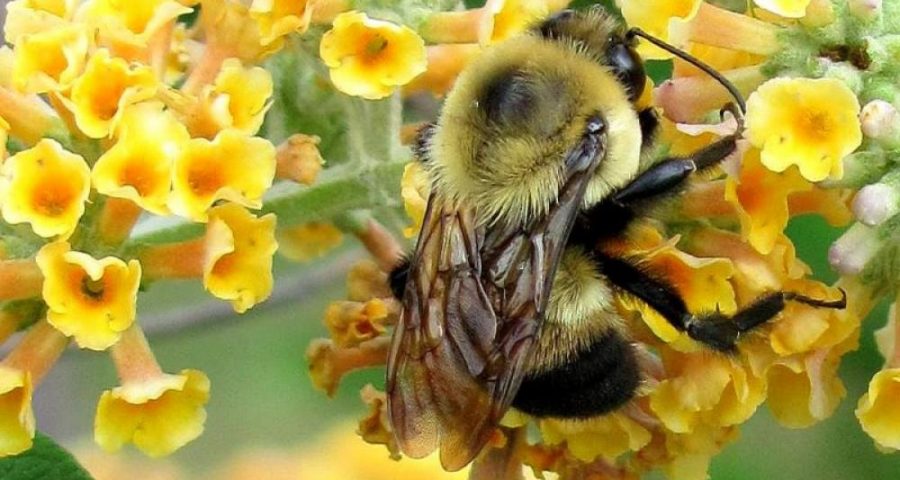 What’s the BUZZZZ on BEEZ?

Honey bee populations have majorly declined in recent years. It’s called colony collapse disorder, and its cause has eluded beekeepers and scientists. Until now!

Nancy Moran and researchers at University of Texas, Austin found a lead. They focused on a commonly used herbicide called glyphosate. Could this be upsetting the bees’ guts?

The team fed bees sugar or glyphosate for five days before exposing them to bad bacteria. Then they studied what was in the bees’ tummys.

After spilling their guts, what did they say? Bees fed sugar had more good bacteria than bees fed glyphosate. Sugar-eating bees were better at fighting infections caused by bad bacteria!

Glyphosate kills the good bacteria that fights bad ones. How? The herbicide stops an important enzyme in good bacteria from working. This imbalance upsets bees bellies!

So safer herbicides could be Plan A… or Plan Bee! Get it? Plan beeeeee…