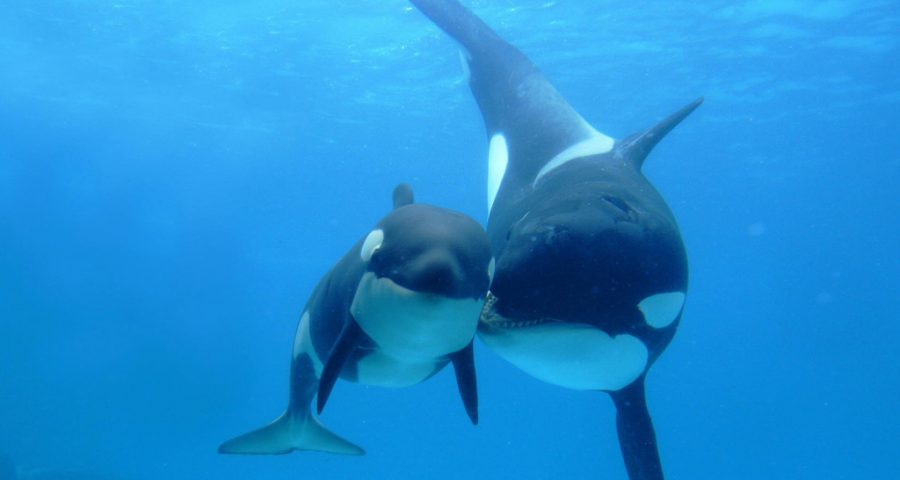 When it comes to menopause, I’ve got a whale of a tale for you!

Menopause is when a woman can no longer reproduce. But only three animals live for years past menopause: humans, pilot whales, and killer whales. So how did menopause evolve in these animals?

Behavioral ecologists at the University of Exeter analyzed forty years of data on wild killer whales. What did they find?

Older females in a family, or pod, have more kinship with other members. Calves stay with their mother while they’re young. When they’re old enough, sons leave the pod to mate. But daughters spend their entire life in the same pod.

So when moms and their grown daughters reproduce at the same time – uh oh! Both compete for food to feed their own calves. But Mom has more mouths to feed. In fact, her calves are two times more likely to not survive.

The researchers suggest this mother-daughter conflict within the pod led to the evolution of menopause.

But what do killer whales know about hot flashes? Time to learn to speak whale!