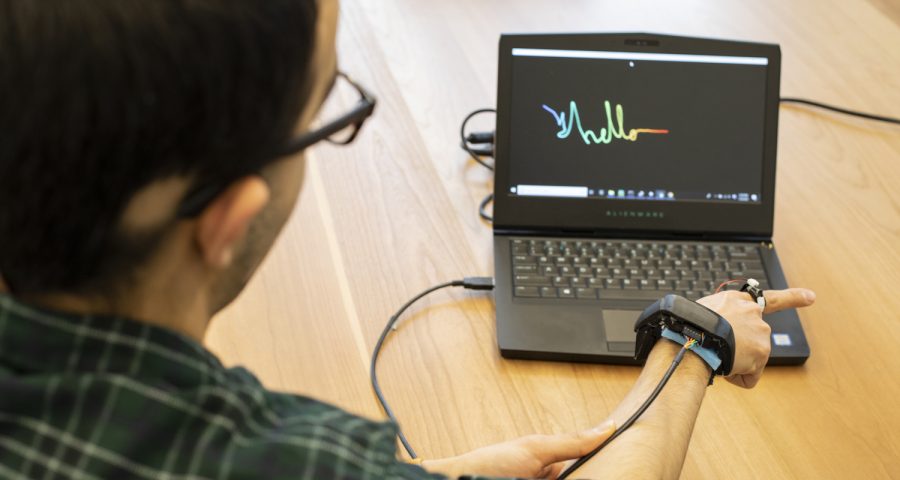 You too can be LORD of the RINGS!

Shwetak Patel’s team at University of Washington developed new technology that would thrill even Gollum! Inspired by smart devices, the researchers created a ring that tracks movement with extreme precision. They call it AuraRing.

What makes THIS ring so PREC-SSS-IOUS?

The team looped a small coil eight-hundred times around a three-D printed ring. Electricity in the coil creates a magnetic field that communicates with a matching wristband. The signal tells the wristband EXACTLY how the wearer’s hand and fingers are positioned.

They believe AuraRing could be used to text and play games – hands-free! That’s not all! It might also provide stroke rehabilitation feedback.

Next time you want to send a text — just put a ring on it!