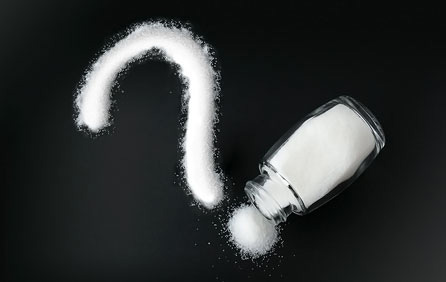 Is pouring salt in someone’s wounds a good idea?

This is Sandra Tsing Loh with the Loh Down on Science, saying yes! But wait.

Scientists have long known that some of the salt we eat gets stored in our skin. But they’ve thought that was a byproduct of salt intake, not something that happens for its own sake.

Now, German researchers say, “Nein! Namely, salt in the skin boosts immunity! They found this out by taking immune cells from mice. They put them in baths of differing saltiness, then added some nasty germs.

And the immune cells in the saltiest baths? Produced way more germ-fighting compounds than cells in low-salt or no-salt baths.

The team also studied both mice and humans with bacterial skin infections. They found much higher amounts of sodium in infected areas.

Salt-scrubs at spas, though? All good. And gourmet chocolate.