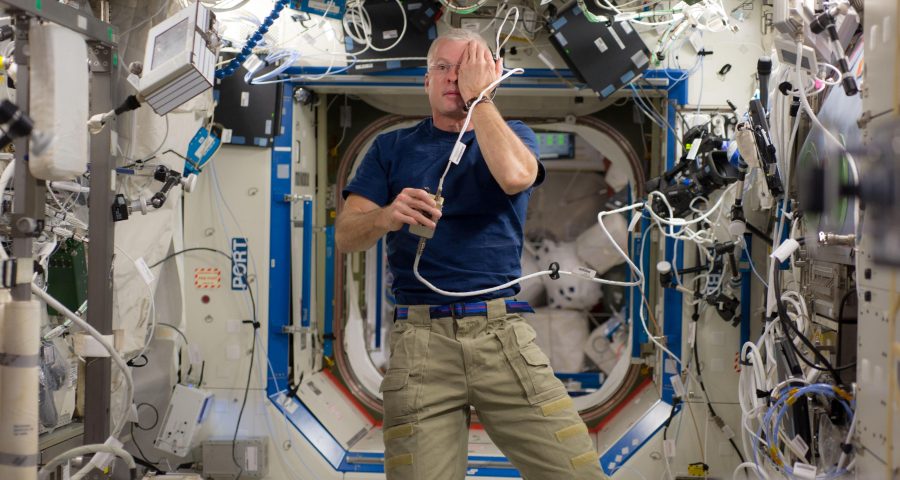 “In a world of zero gravity, you won’t BELIEVE your eyes!”

Here on earth, our blood knows how to go where it belongs. But because astronauts live in zero gravity, nothing is pulling blood to their lower bodies. Over time, pressure builds in the head and — wait for it — CHANGES THE SHAPE of astronauts’ eyeballs!

Christopher Hearon University of Texas Southwestern and colleagues LOOKED into it.

They created a sleeping bag which imitates normal gravity’s effect on blood pressure – using SUCTION. Ten people were recruited to test the suction-bag by lying flat. This mimics the pressure caused by space flight.

Half the volunteers then slept in the bag, while the other half slept without it. Blood pressure and eye shape were monitored for THREE WHOLE DAYS.

Results? Sleeping in this sack increased circulation and PREVENTED misshaping of the eye! The sleeping bag really IS effective! And SUCKY – in a good way!

That deserves a ROUND of EYE-plause!