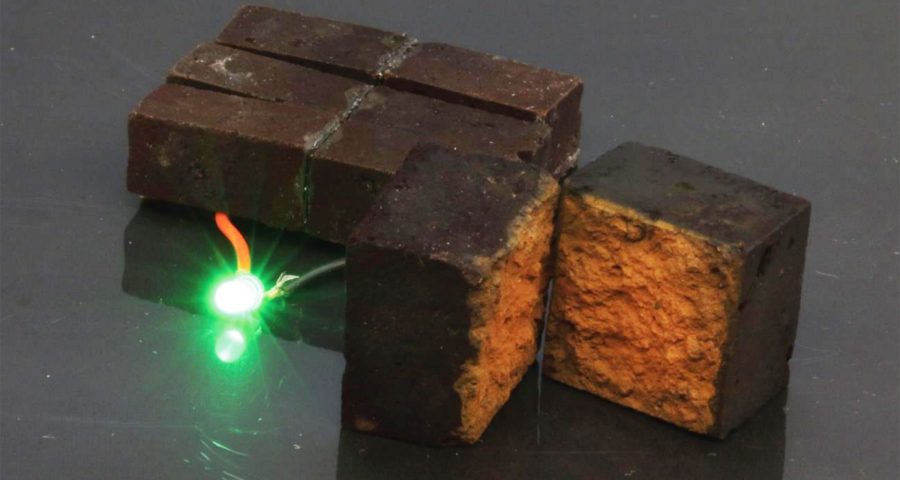 What’s your favorite eco-friendly product? A Tesla, solar panels,… red bricks?! Bricks have been used in buildings for centuries. HGTV can give you remodeling tips, but can science make your brick walls SMARTER?

Hongmin Wang and colleagues from Washington University think so!

Red bricks get their color from iron oxide — RUST! Acids break down chemical bonds in rust. Wang harnessed this chemical reaction by adding a thin layer of conductive nanofibers to bricks. Ideally, these switched-on bricks could store and release energy, like a battery.

So, did these “smart bricks” pass the test? Yes! They were effective. . . and fast! Just don’t try to shove these bricks into your iPhone! The team envisions syncing smart bricks with solar panels to keep them charged.

Fifty smart bricks can power emergency lights for FIVE HOURS! Or several hours of Angry Birds for ME!

Forget the outlet — I’m plugging my phone straight into the wall!! Of my hipster brick-lined converted warehouse apartment.