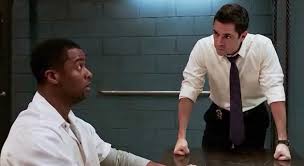 Cheery question: What percent of convictions are thought to be wrongful?

This is Sandra Tsing Loh with the Loh Down on Science saying:
According to studies? Fifteen to twenty five percent! Yikes! And one of the major reasons for the high number? False confessions.

But why would people admit to something they didn’t do? Researchers from the University of California, Irvine, and Michigan State University say, simple: They’re sleep deprived.

Most false confessions happen after 12 or more hours of interrogation. Exhausting!

In their clever study, the team had students do tasks on a computer. People were told repeatedly not to press the escape key, or their data would be lost. Everyone then spent the night in the lab, where some students were allowed to sleep but others were kept awake.

The next day, each was asked to sign a form saying they had pressed the escape key. Which they had not. But those who were sleep deprived were four and a half times more likely to falsely confess!

Just another reason to go right back to bed. Science said to!