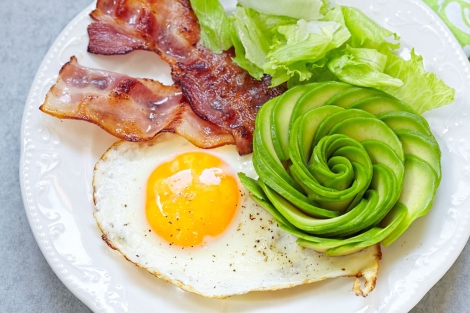 Next time you’re at the pharmacy – ask for bacon!

This is Sandra Tsing Loh with the Loh down on Science.

Ketogenic diets are all the rage. Who doesn’t want to eat more bacon? But slashing carbs and eating lots of fat does more than trim waistlines. Doctors have noticed for decades that the diet miraculously reduced seizures in children with epilepsy. But exactly how or why has remained a mystery.

Now Elaine Hsiao and colleagues at the University of California, Los Angeles have figured it out… it’s all in the gut!

Her team fed seizure-prone mice a ketogenic diet. As expected, the mice on the diet had fewer seizures. But there was another key change… the poop! Genetic analysis of the mouse poop revealed that completely different, bacon-lovin’ bacteria overtook the gut. When her team killed off these new bacteria with antibiotics, seizures returned. But when they transplanted these bacteria into mice NOT on keto, they also lived a seizure-free day!

The researchers hope that in the future, kids with epilepsy can take probiotics to stay seizure-free. But they still don’t know just how these bacteria are stopping seizures.

My one suggestion? Chocolate covered bacon! For science!