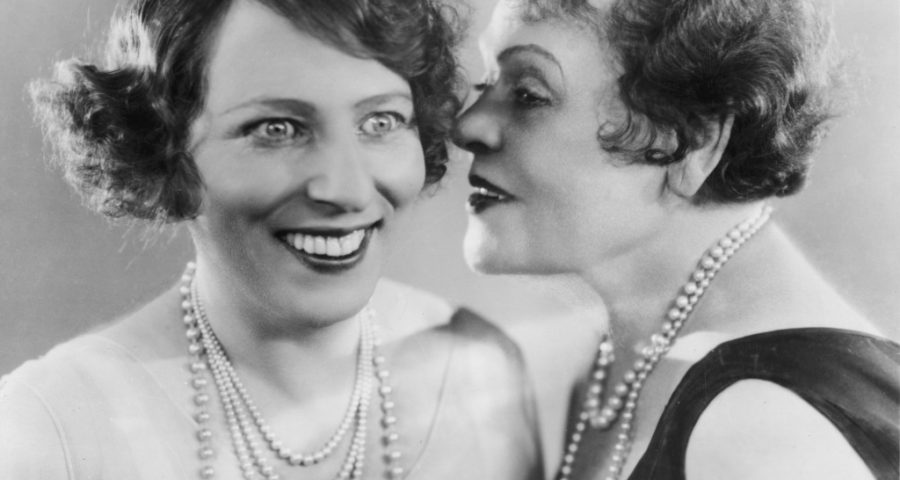 Psssst! Have you heard the latest gossip on…gossip?

When was the last time you “heard it through the grapevine”? The latest Kardashian drama, whispers about your frenemy’s plastic surgery gone wrong… We all have our guilty gossiping pleasures.

Don’t feel bad! Researchers think sharing the occasional juicy tidbit actually deters bullies and encourages strangers to cooperate. But, do we participate in this social scuttlebutt as children?

German scientist Jan Engelmann wanted to find out. He asked three- and five-year-olds to play a sharing game with two puppets. In each game, one puppet followed the rules, but the other cheated. Researchers noted when children tattled on the naughty puppet to a same-aged peer.

The result? Only twenty-three percent of three-year-olds mentioned the cheating puppet’s behavior. But the five-year-olds were much more loose-lipped. FIFTY-FOUR percent of them dished the dirt on the deceitful doll.

This shows that that even preschoolers share stories of salacious scandals.

So the next time you’re gossiping, be careful. Mommy’s little angel could spill mommy’s BIG secrets!