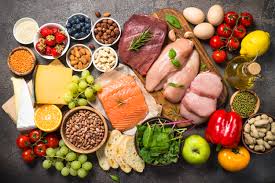 Trying to shed those extra pounds? Try the keto diet! This low carb, high fat diet deprives your body of glucose. So your body starts burning its fat reserves.

Let’s be honest, we all have cheat days! What’s the harm in one little donut? But are they REALLY harmless?

Cody Durrer and colleagues from the University of British Columbia Okanagan investigated. They asked nine healthy young men to drink a seventy-five-gram sugar drink. That’s about the same as two Big Gulps!

Next, they analyzed blood samples from the volunteers after they drank up. Samples were taken before and after a seven-day keto diet. And?

The subjects showed evidence of blood vessel damage, especially AFTER the keto. The researchers noticed elevated levels of tiny sacs called endothelial microparticles.. They speculate that the sudden spike in blood sugar levels may be the culprit.

So short-term keto — followed by a sugar splurge? Bad idea! Better cross those cheat days off the calendar!

I guess I’ll pass on that cookie for now! In the meantime – pass the bacon!